All around the world! Term 5 Hook day.

All around the world! Term 5 Hook day.

First we created our passports ready to go around the world!

We learnt all about the 'Day of the Dead' festival.

Anaya "they wear masks so they can become someone else".

We also learnt that in Mexico they speak Spanish. In the picture we are saying hello in Spanish! 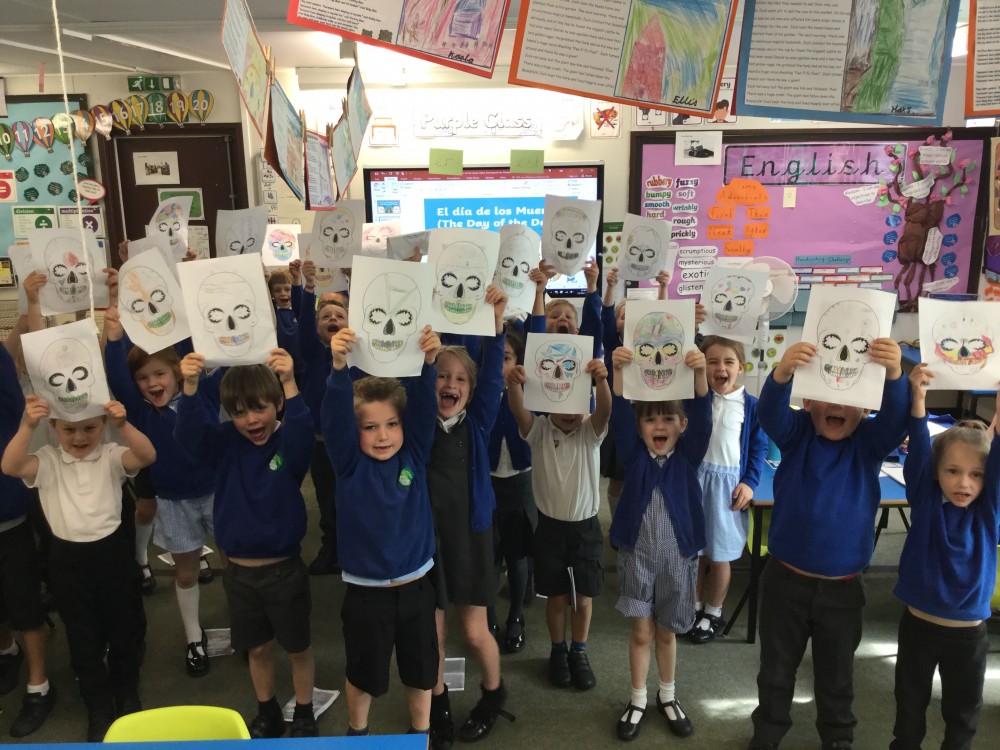 Next we went to Spain!

We learnt how to say good morning and good afternoon in Spanish.

Then we had loads of fun doing flamenco dancing.

Many children in Purple class said they would like to live in Spain because it is hot or because the food is nice. 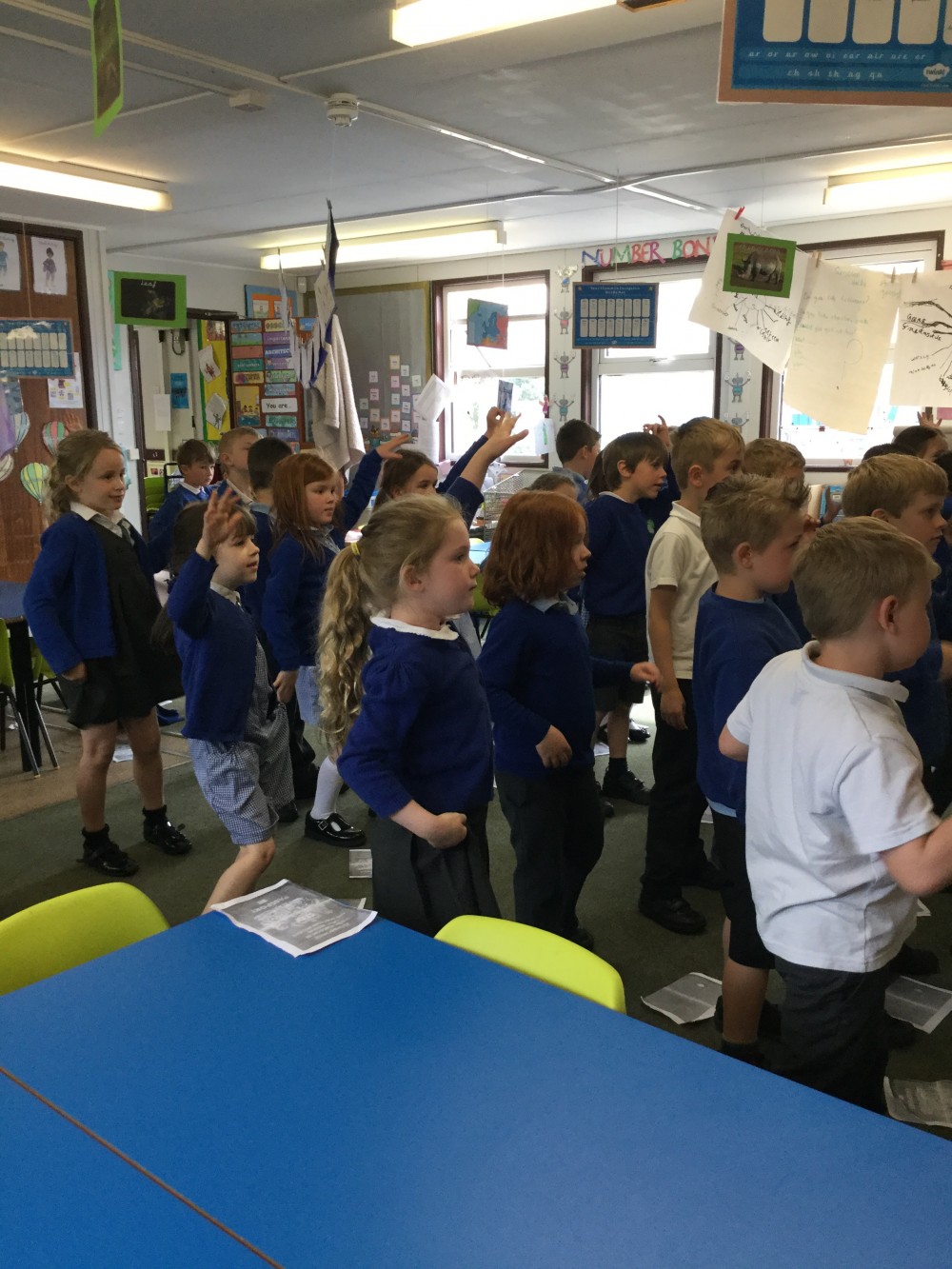 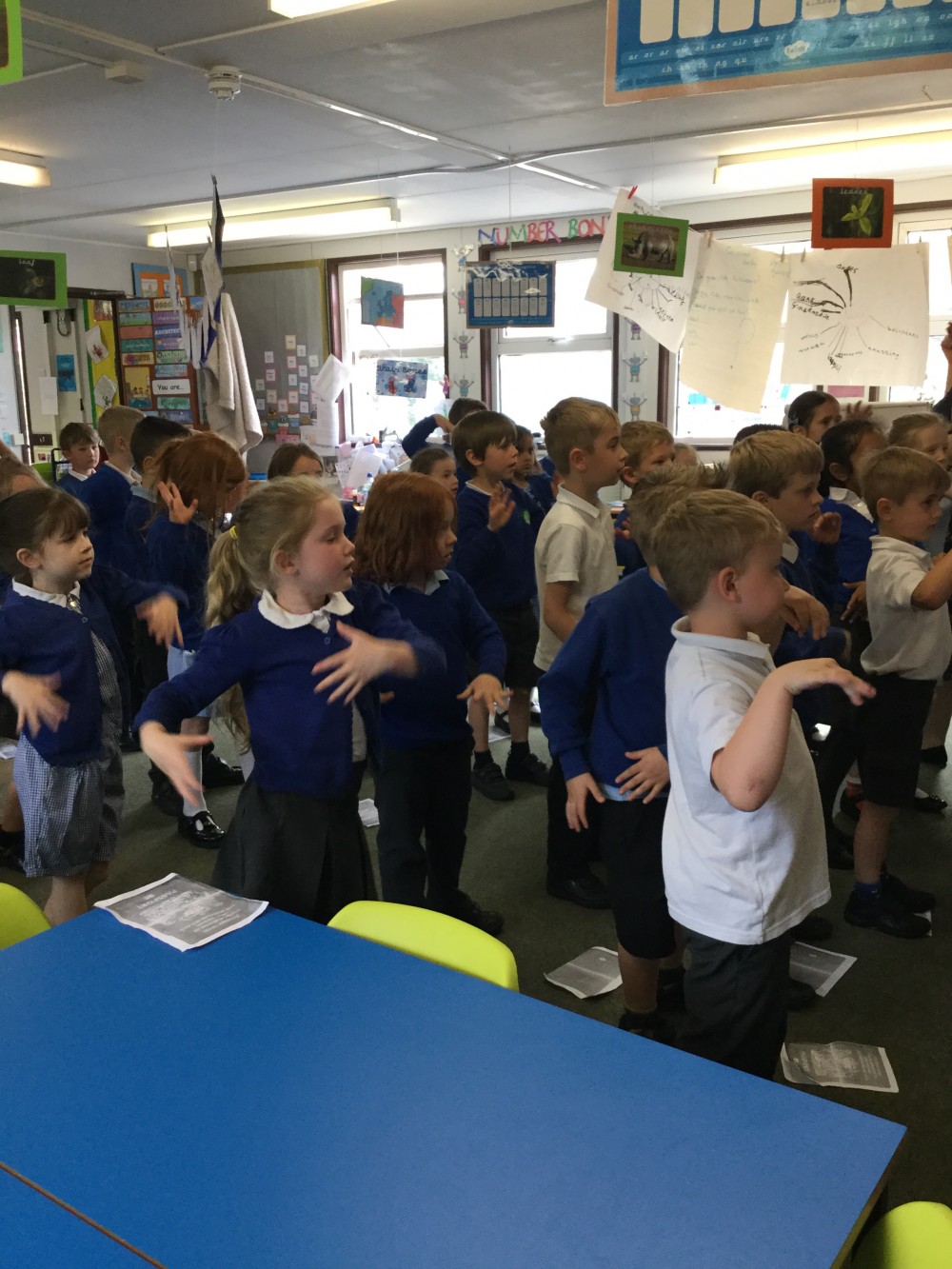 Our next stop was China!

It was really interesting learning about China. We even had a go at building the wall of China.

Joshua "I would like to live in China because I want to walk on the wall of China". 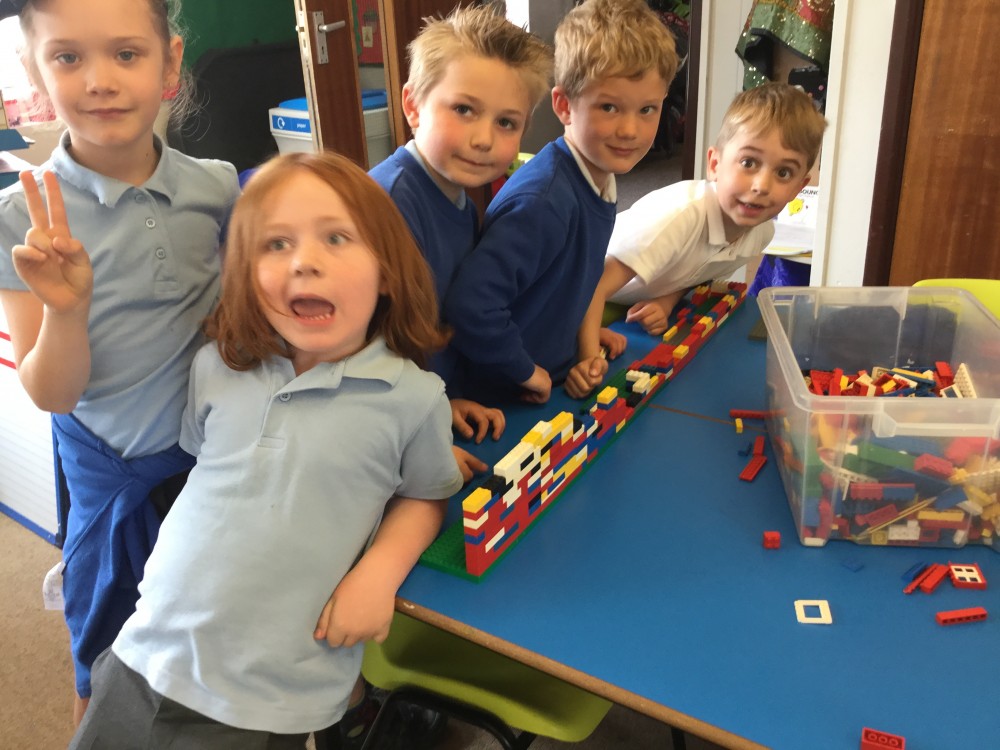 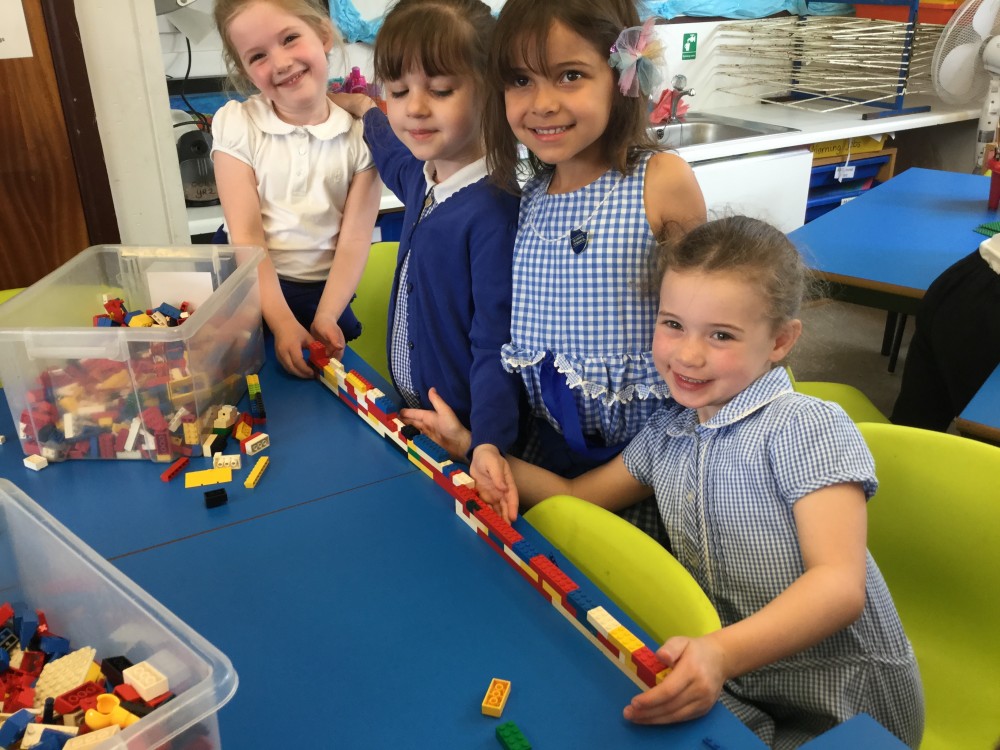 After China, we went to Iceland!

We learn all about the northern lights and volcanoes.

Atticus and Callum "I would like to live in Iceland because I want to see the Volcanoes". 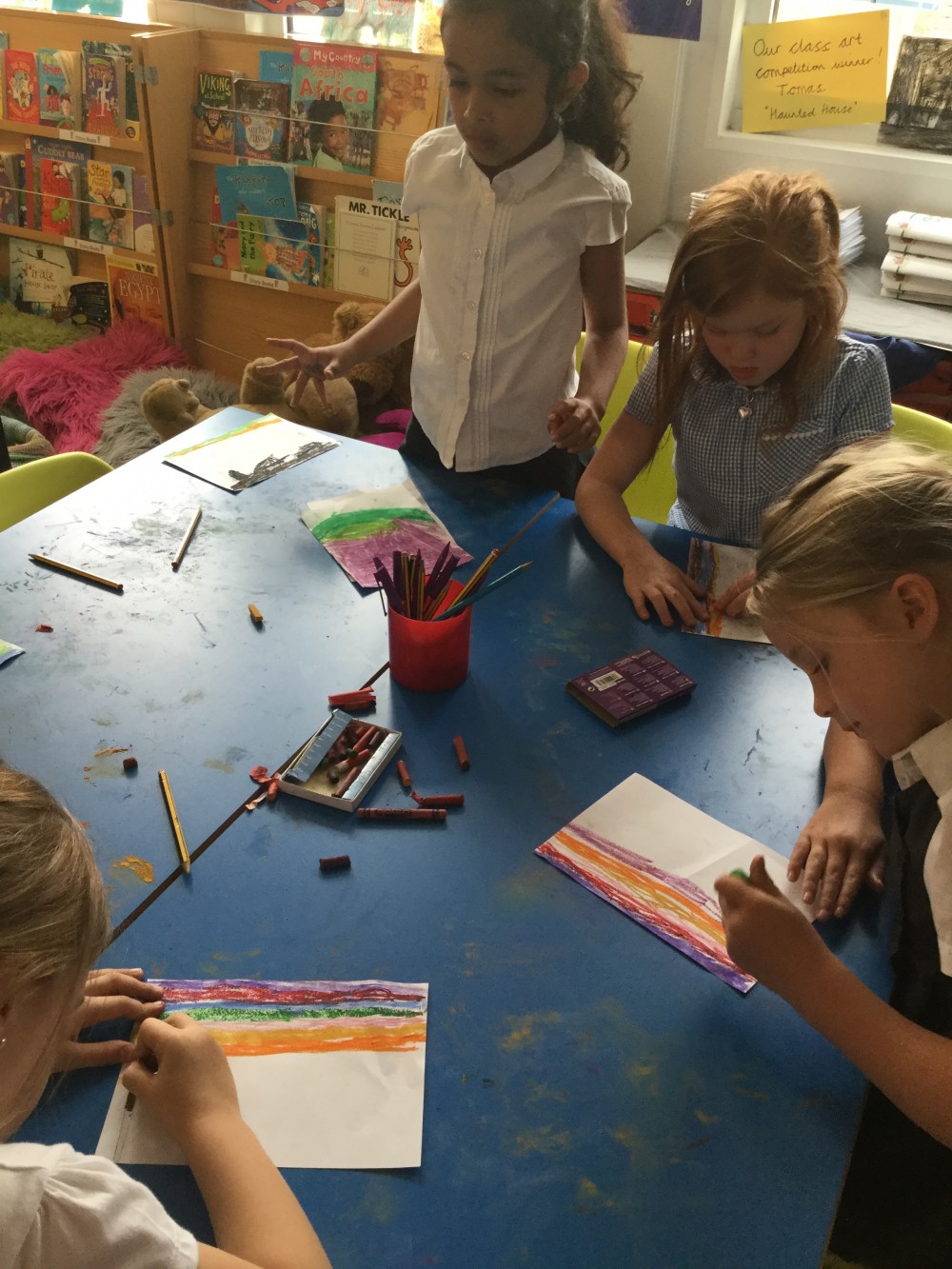 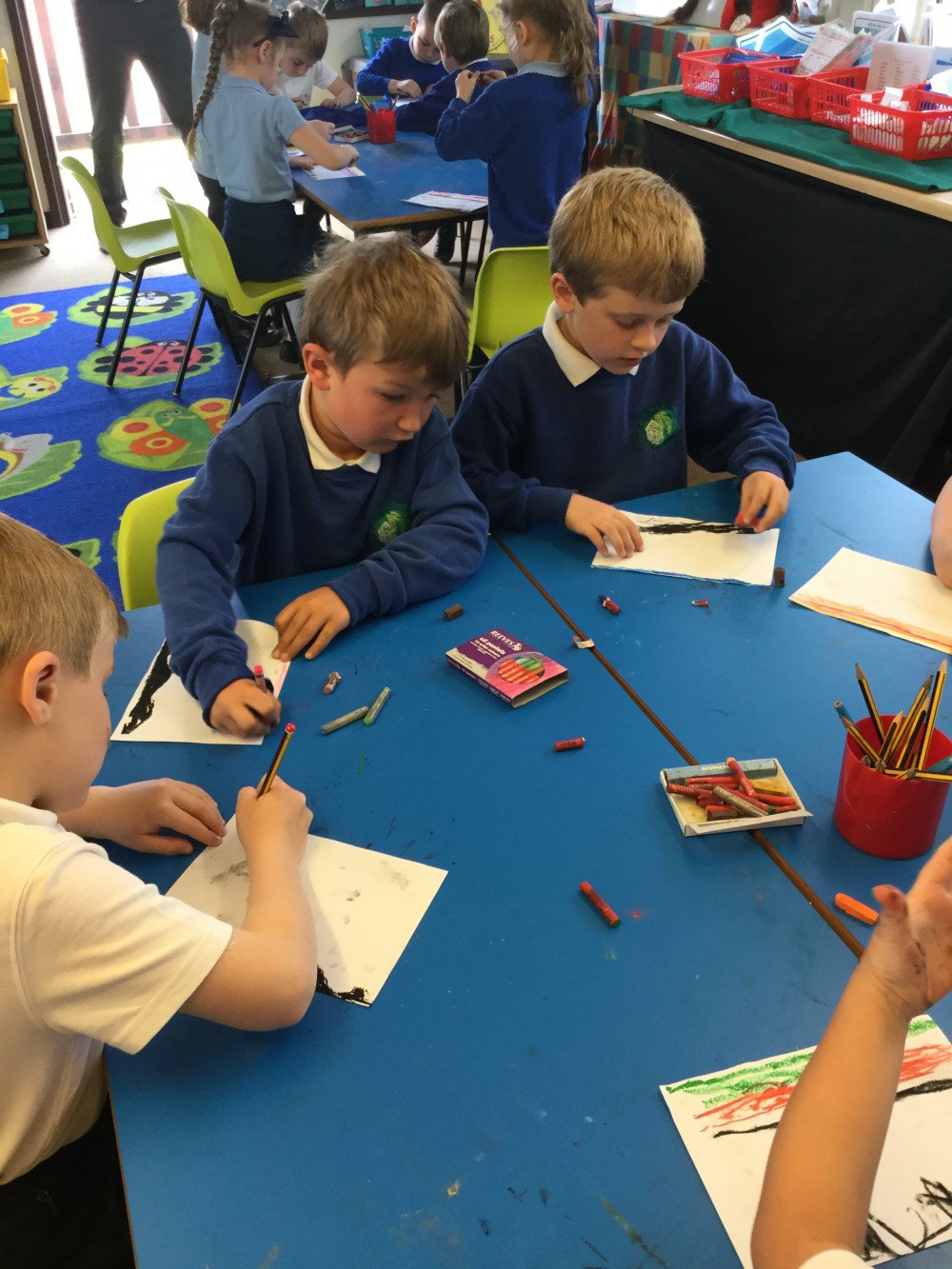 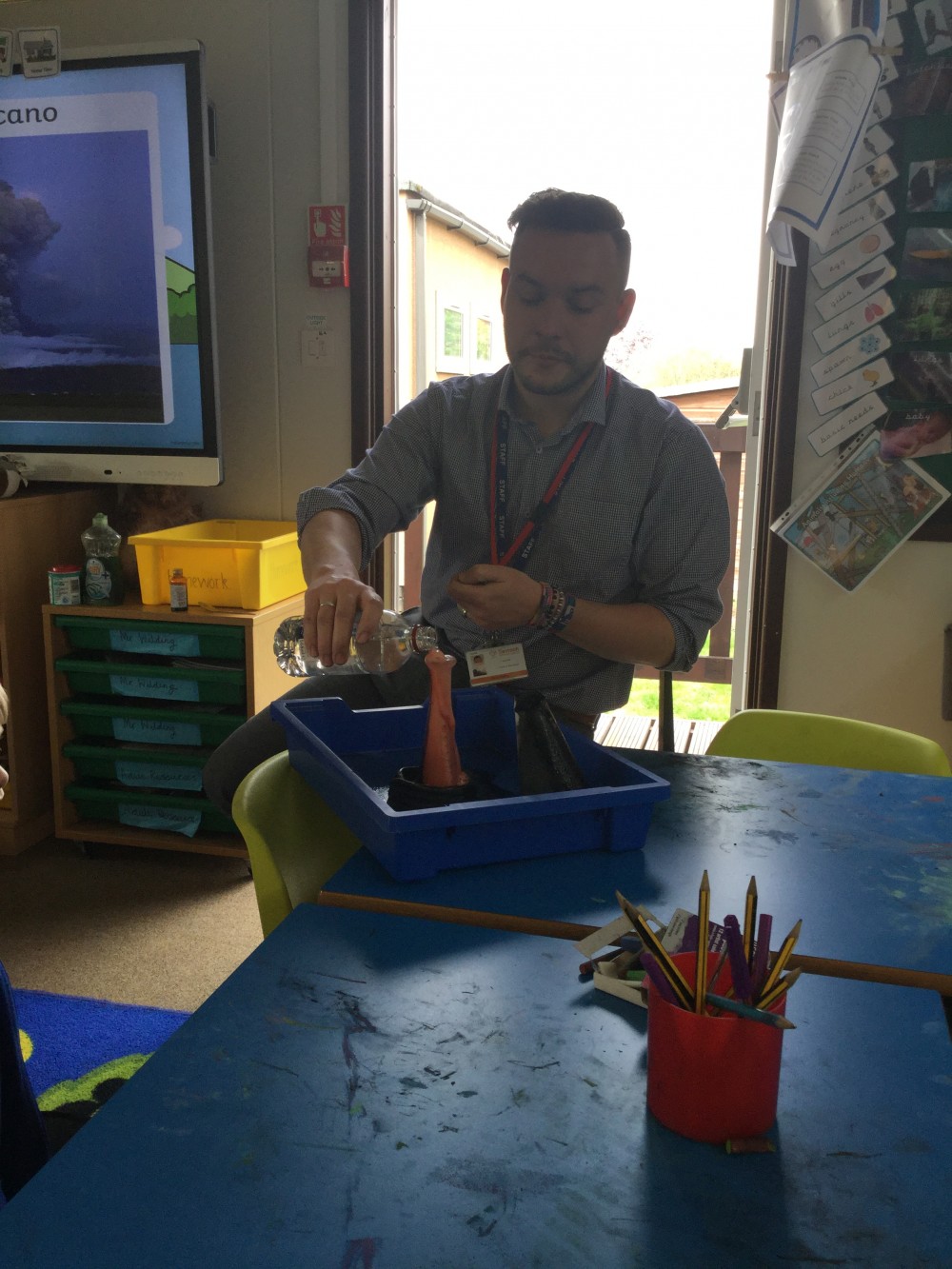 Finally we went to Africa!

We learnt about the animals in Africa and created our own animal head masks.

Then we read Handa's Surprise and created our own fruit salad. It was so tasty! 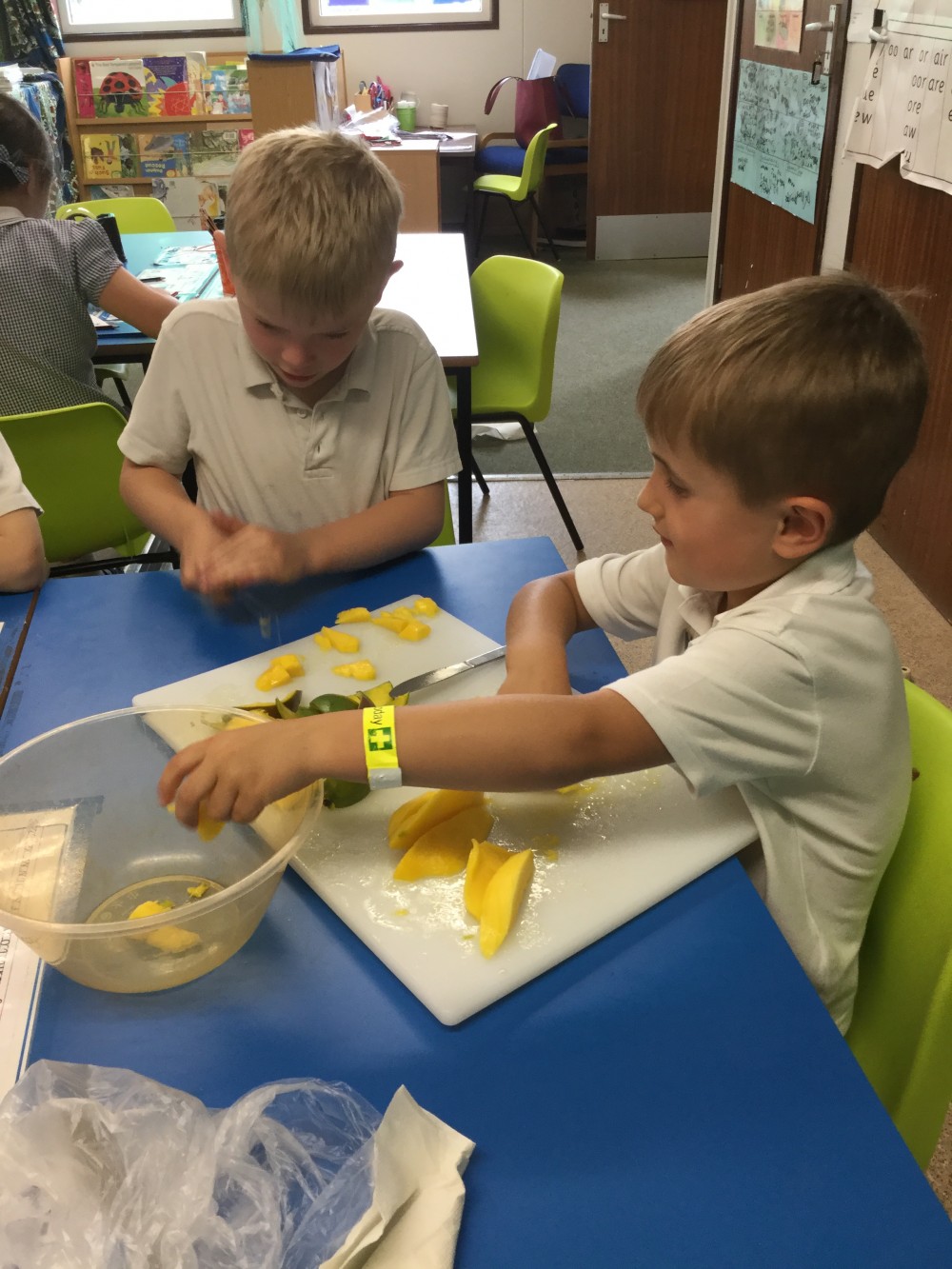 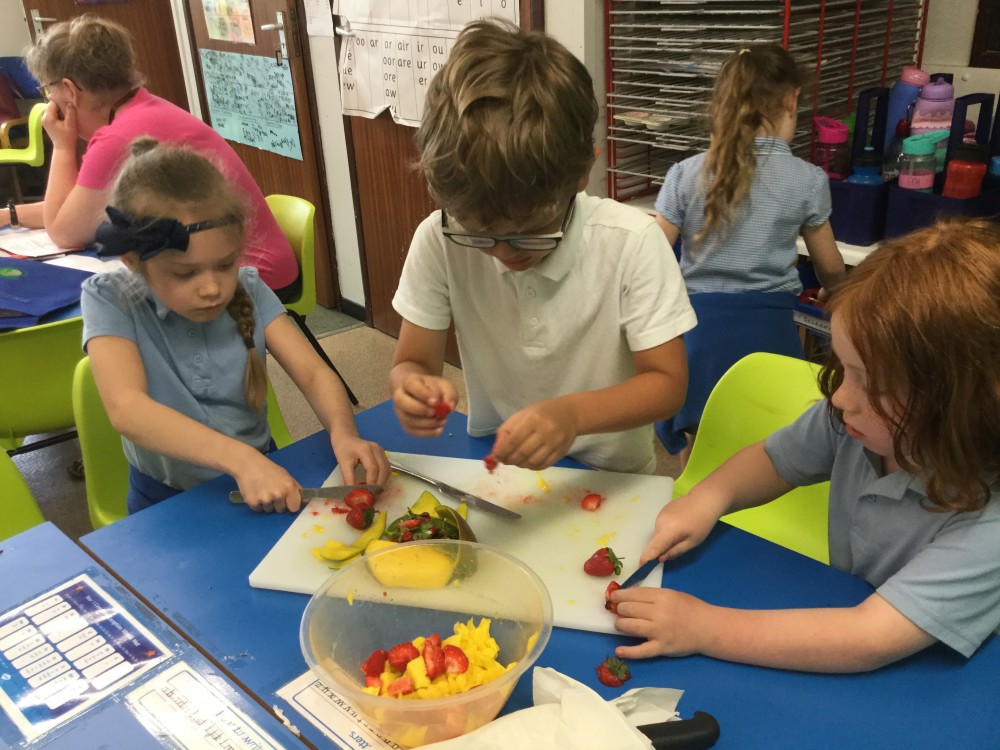 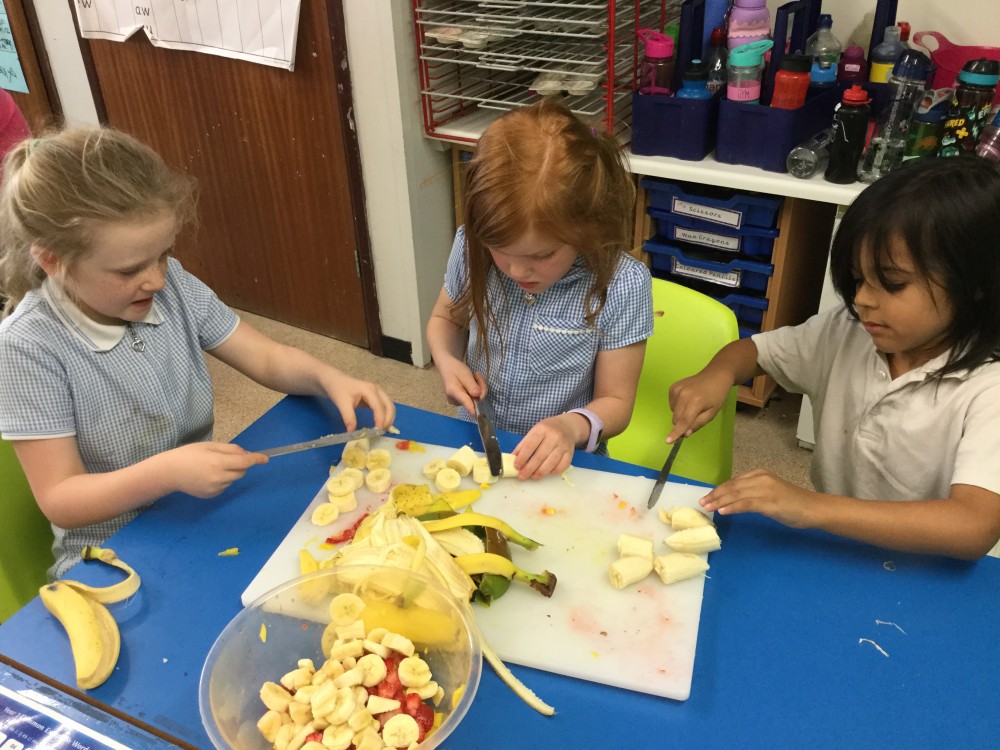 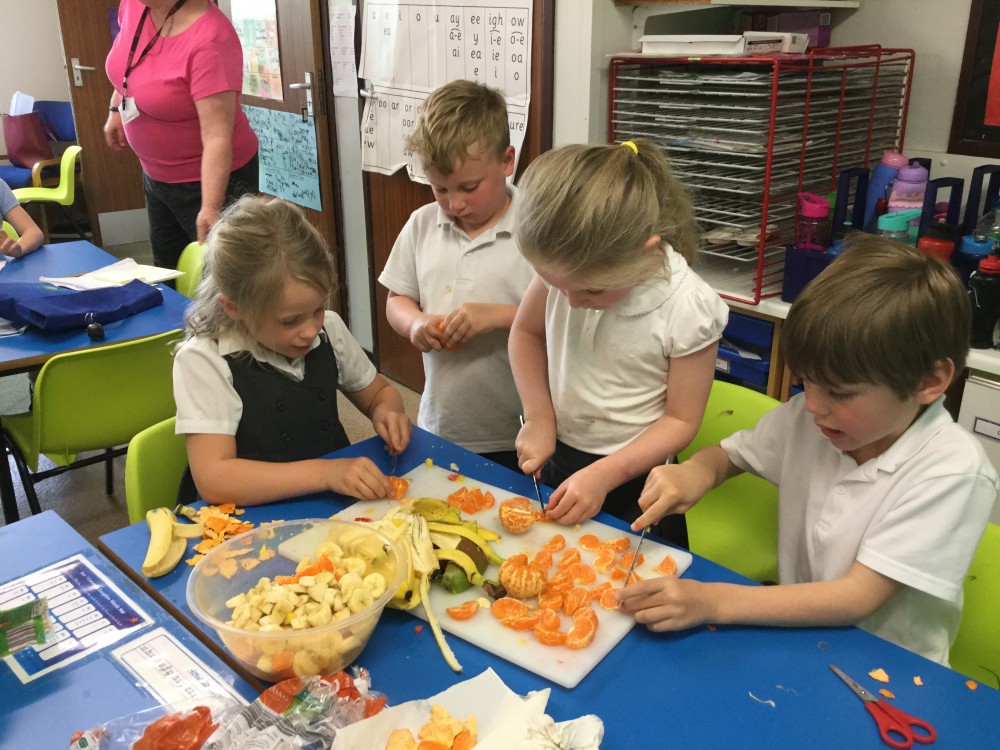 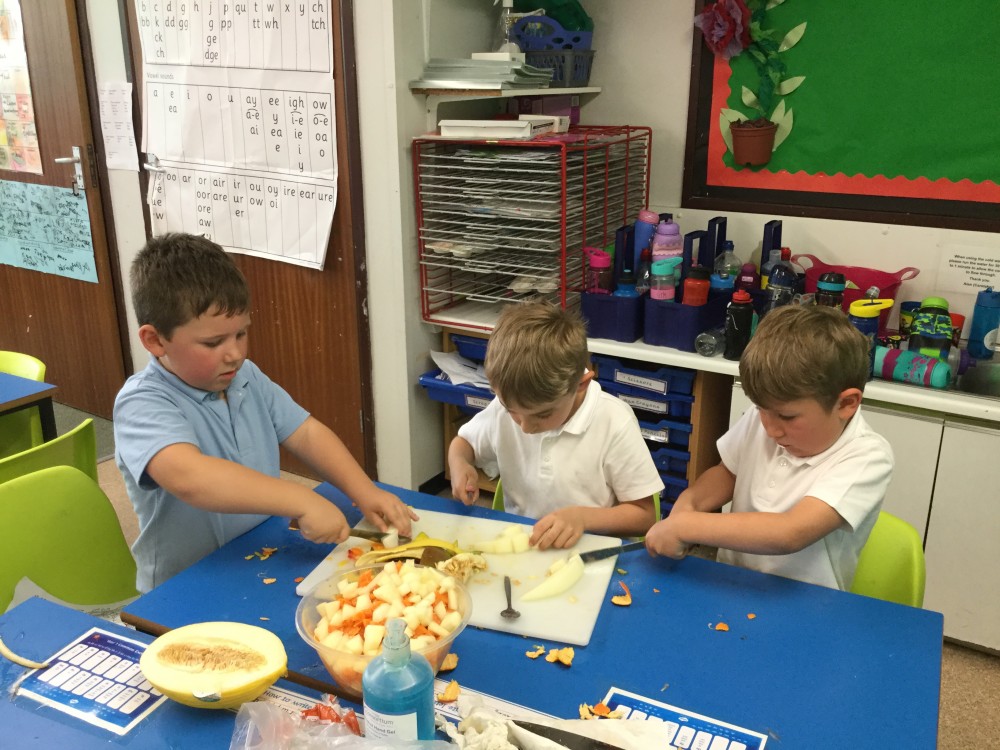 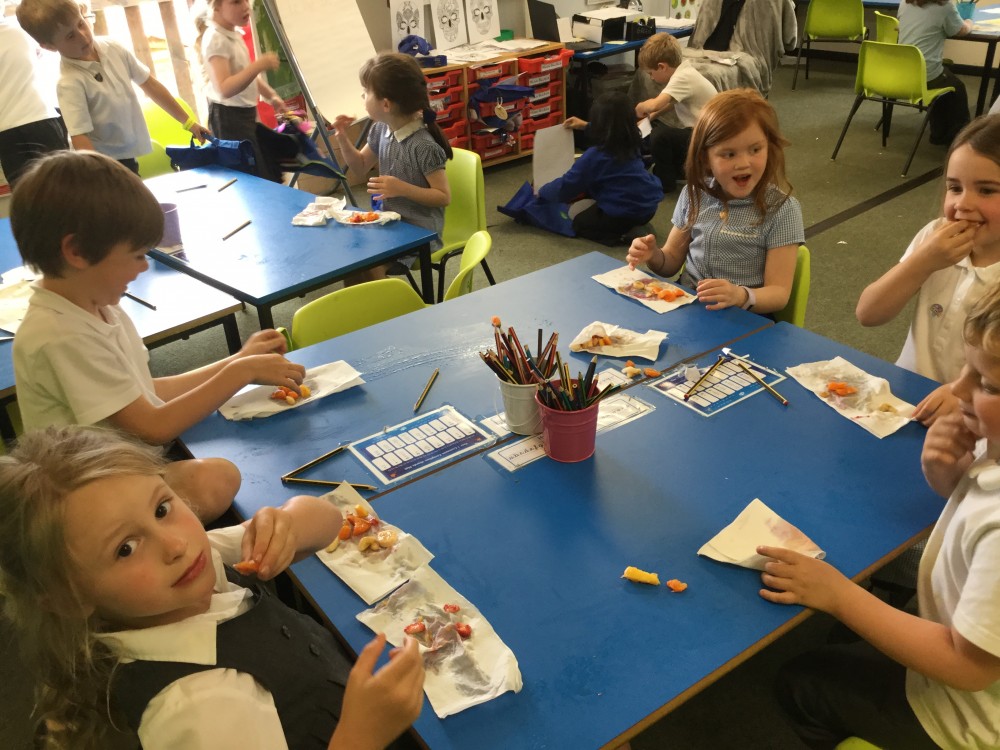 Our favourite parts of the day.

Ellis "It was learning abut the different countries and the different languages like Spanish and Chinese. I remember that 'bye bye' is the same in China as England".

Atticus "I like going round all the different countries and speaking Spanish - hola".

Alyssa "I loved going to Africa and listening to Icelandic and Spanish. I remember how to say thank you".

Duns "My favourite bit was making the masks. I spoke Spanish and Icelandic - hola, halo".

Anaya "I liked going round all the classrooms with my passport. I liked the Spanish and Chinese languages. I remember thank you and hello".