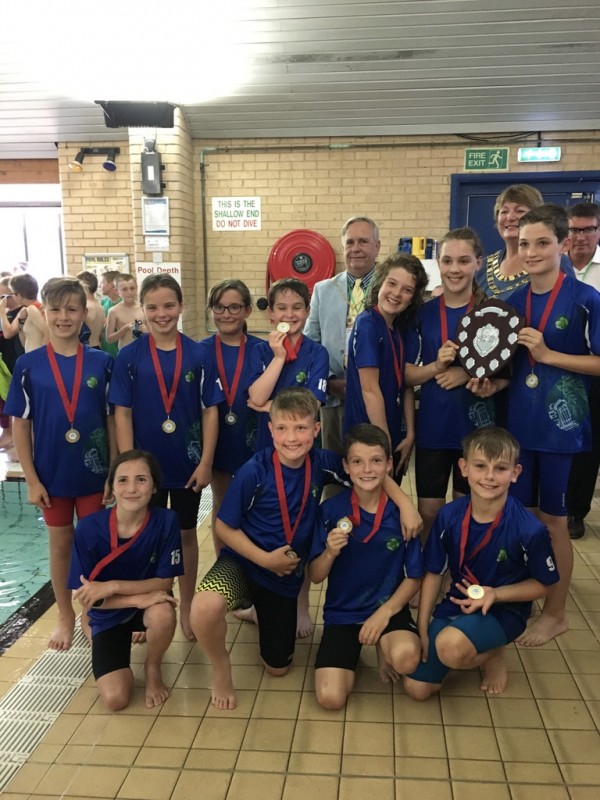 On what was another scorching hot summers day we took a team over to Swindon’s athletics track to take part in the Quadkids competition. This is where each team member competes in a sprint, a longer distance run, a throw and a jump – all the scores then get added together. The children participated with great excitement and determination and enjoyed competing against other schools. 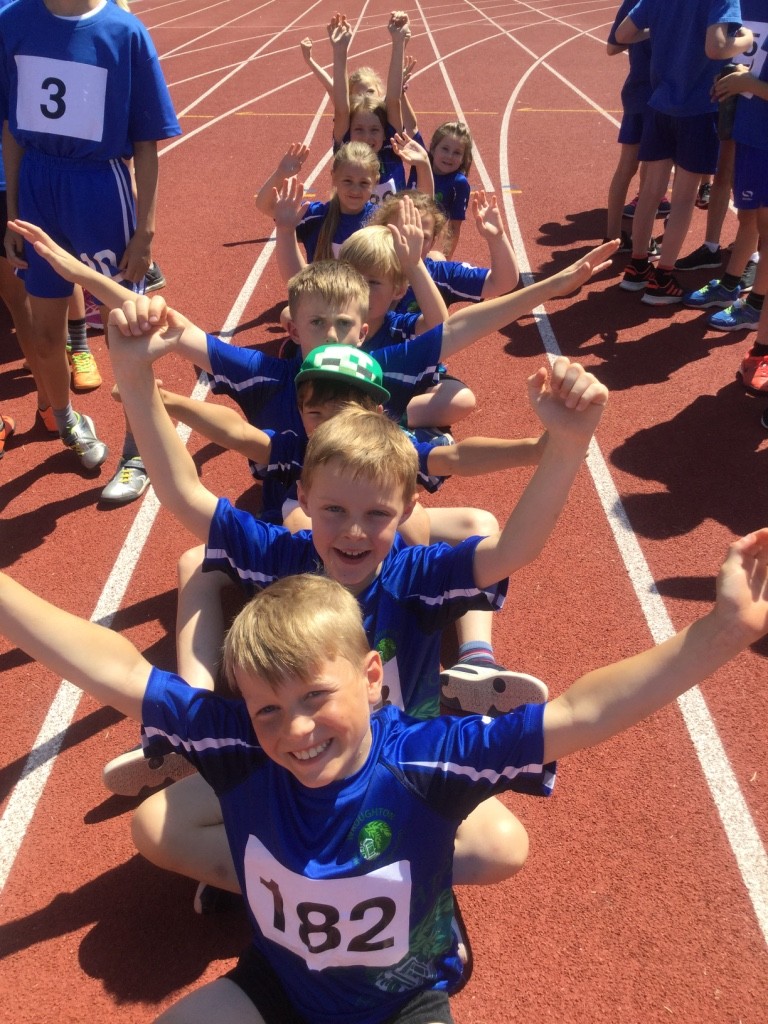 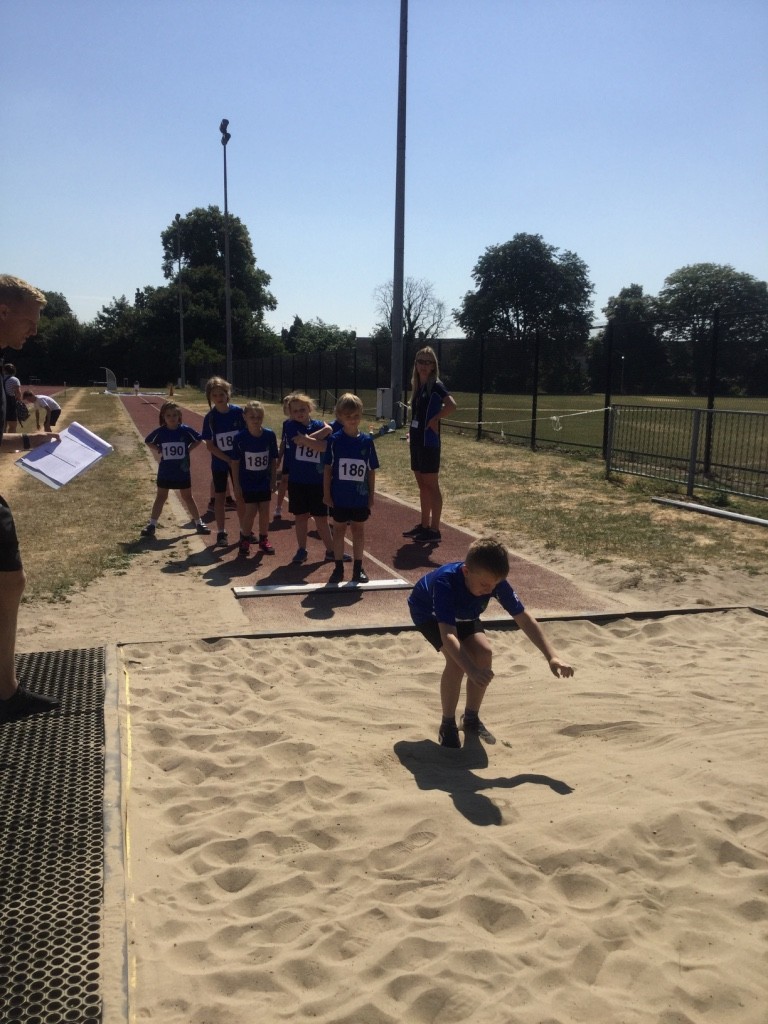 The school games finals were once again held at Marlborough College and the team were excited and nervous as we got ready. Race after race went by and it was too close to know how we were doing. As the halfway scores were announced we were very surprised to be in first place. This seemed to increase the excitement and nerves amongst us! As the gala continued the support for each team member as they raced was incredible – we all played our part and swam to the very best of our ability – knowing that we were in this together! The final canon race took place and the judges gathered to announce the results – we had won! Huge congratulations to all the team.

This was the first time a Rounders competition had been held and it proved very popular. We took a team over and competed in a friendly competition against other schools. On a scorching hot day, the children took part brilliantly – learning and following new rules and showing excellent teamwork and sportsmanship. 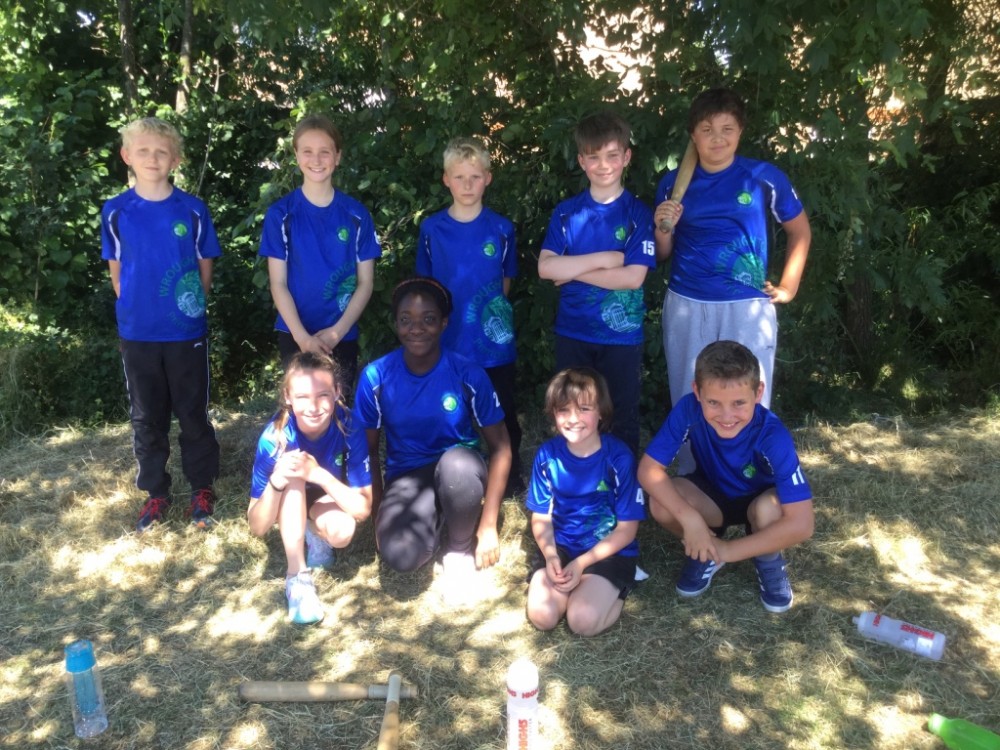 Mrs Mac took a group of children over to Lydiard Park to take part in the annual Orienteering Festival. The children get split into small groups and then set off on the course – the team quickest to get around with the most correct stamps wins! The children enjoyed taking part alongside other schools – well done to all.

Well done to the swimming team who have won the Swindon swimming gala – it was a close fought affair and everyone played their part showing great sportsmanship and team work. We now progress to the School Games Finals to be held in July. 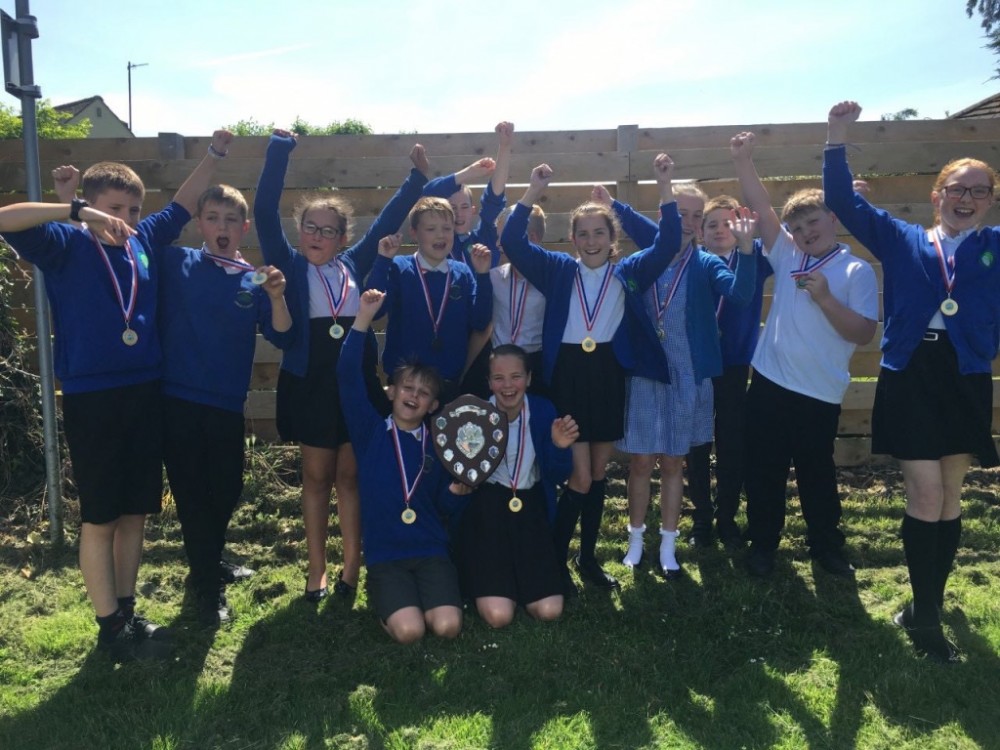 We had been training hard for the Swindon Schools Competition – learning how to pass and receive the rugby ball, getting used to passing the ball backwards and running forwards! Learning new rules and how to tackle using a tag belt. Finally, the day had arrived and we were all very excited - all the players did extremely well and played some fantastic rugby. They improved each time they played and scored some great tries. They managed to win two of their five games and came close to winning a couple of other matches. They behaved impeccably and represented the school brilliantly. We are very proud of you all! 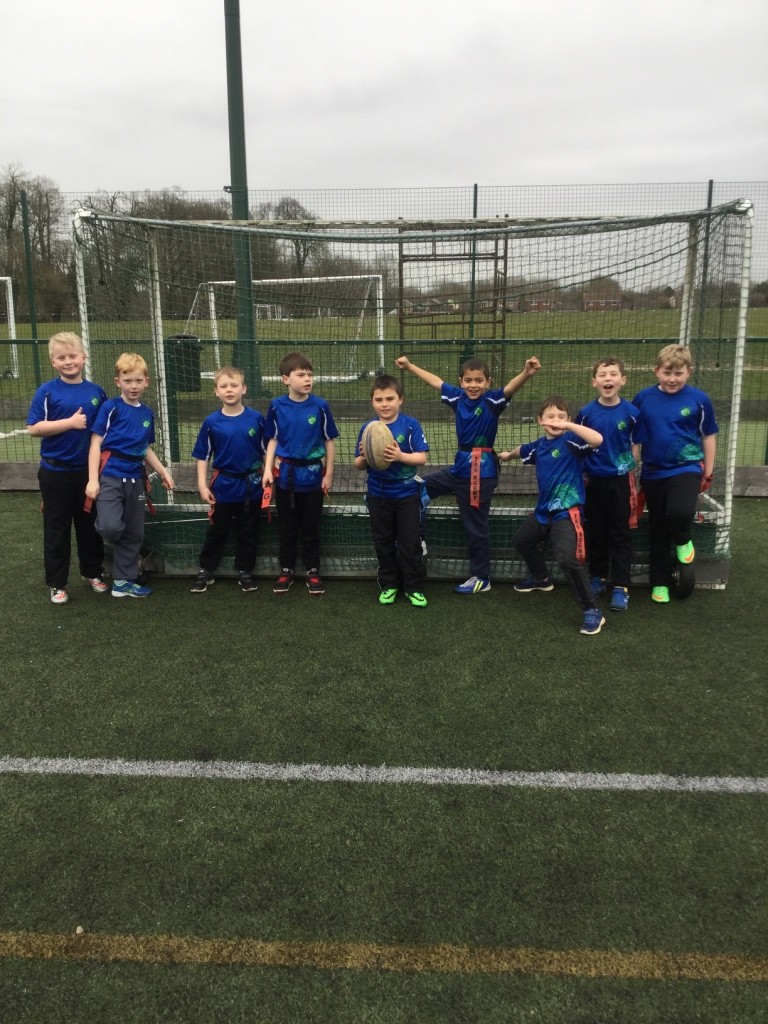 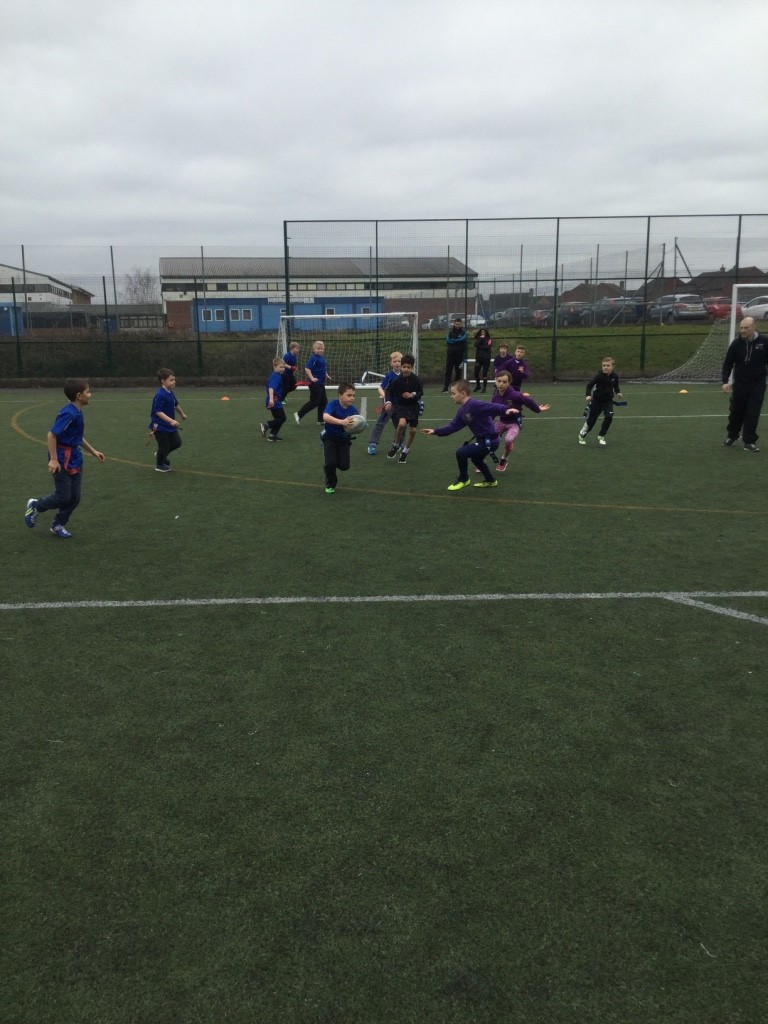 We had fun taking part in lots of different sporting activities - running, skipping, obstacle course, relays, basketball and wake and shake. We also helped to run the relay baton between Chiseldon Primary School, the Infants to the Juniors and finally on to The Ridgeway! On Friday, we all dressed in our favourite sports clothes to help raise money for Sport Relief. 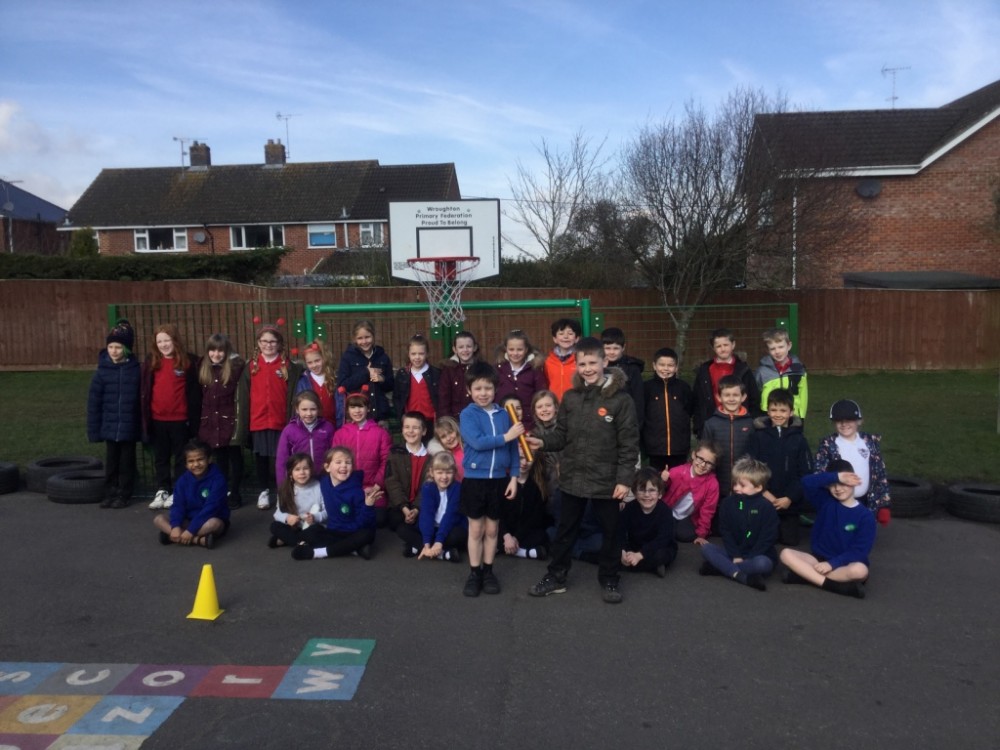 This was the first time that this competition had been held and we took a girls’ team of Yr. 4/5/6 children over to Lydiard Park Academy to compete. Once again it was a freezing cold day with a biting wind blowing around us! The girls had not played netball before so this was a huge learning curve for them. First of all, we had to get used to the rotation system – take our bibs off, place them in front of us and move down one space was our mantra for the day!! We would change position and responsibilities frequently throughout the competition, learning new roles as we went into each new game. The girls had a great time and really developed their netball skills as the competition progressed. A huge well done to you all! 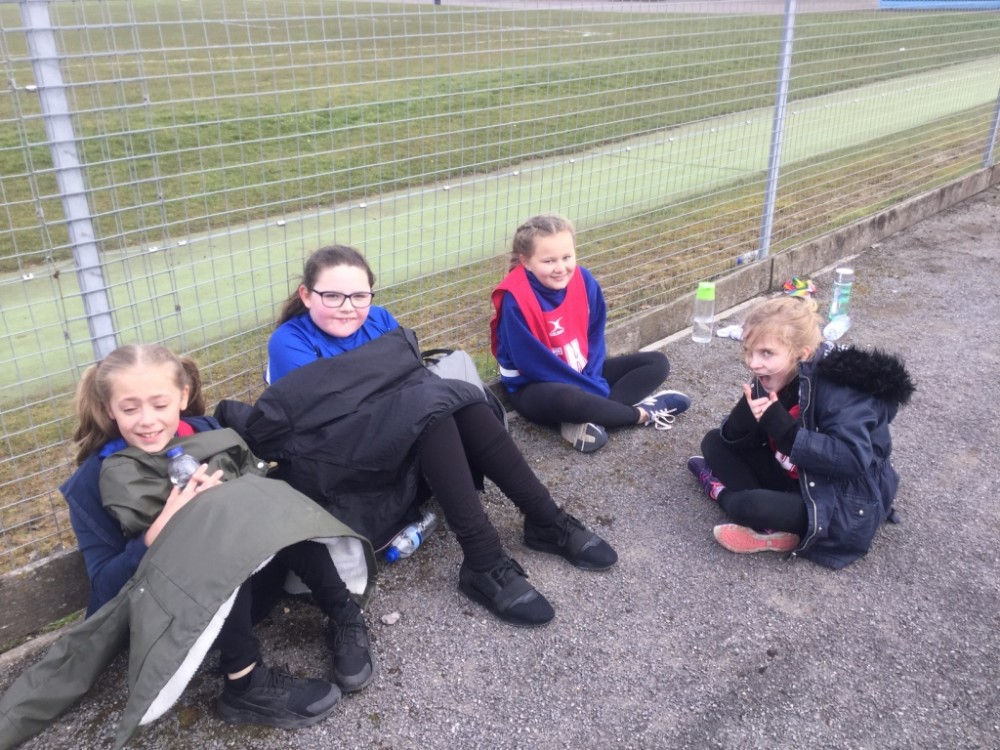 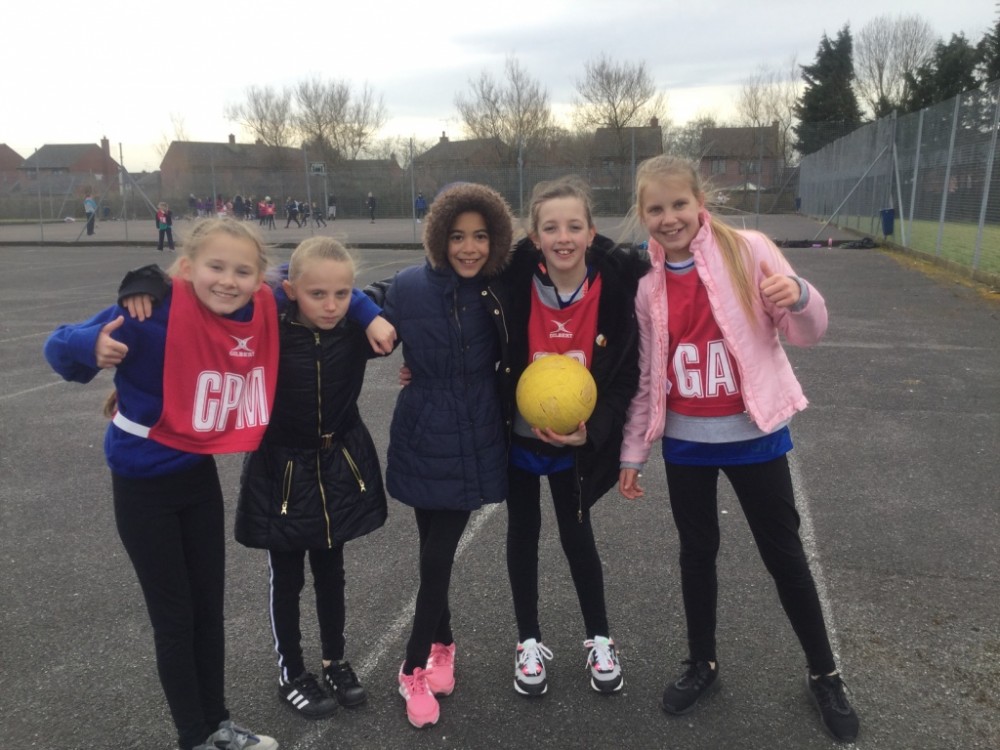 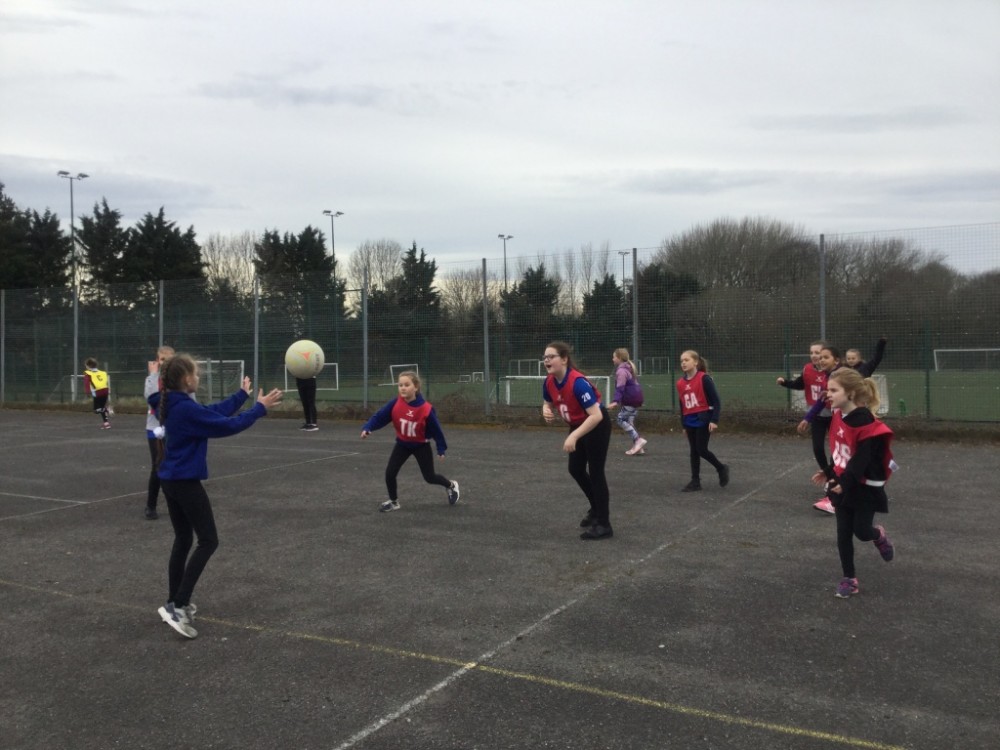 Our Yr. 5/6 Tag Rugby club children enjoyed the Swindon Games competition this morning. It was a cold and windy morning over at Lydiard Park Academy, but we were well prepared having endured the ‘beast from the east’ the previous week! We started a little nervously in our first game, but grew in confidence with each match after this. Excellent defending saw some great ‘tags’ in each game. With some fantastic teamwork in our second and third matches we were able to get on the score sheet and played some superb rugby. Excellent sportsmanship was shown throughout the competition – well done to you all! 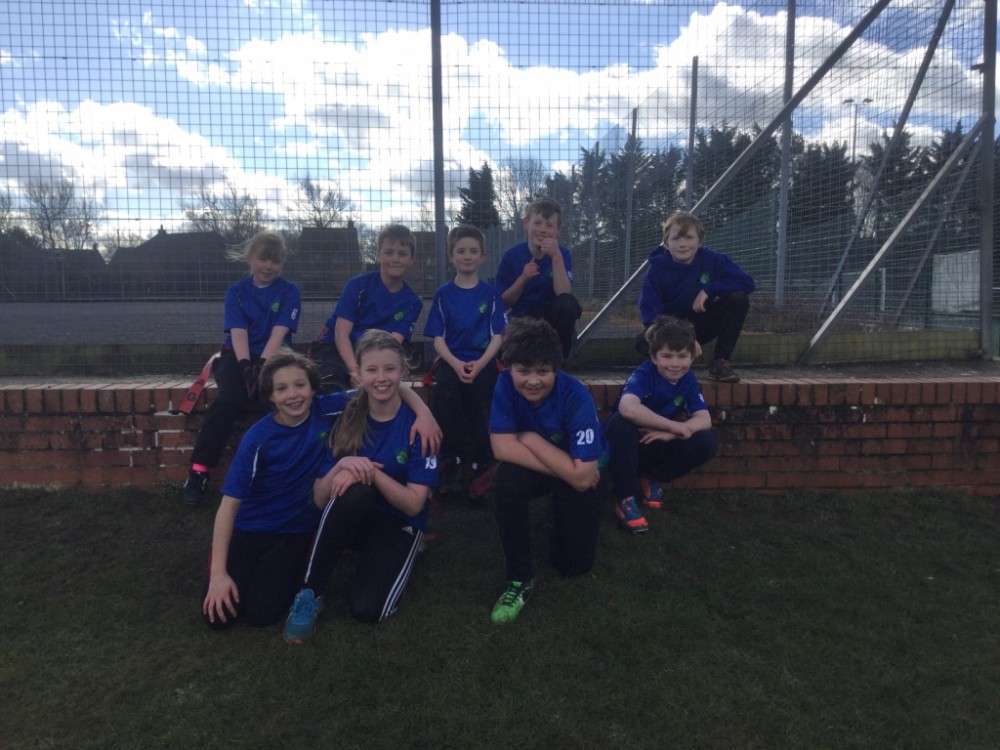 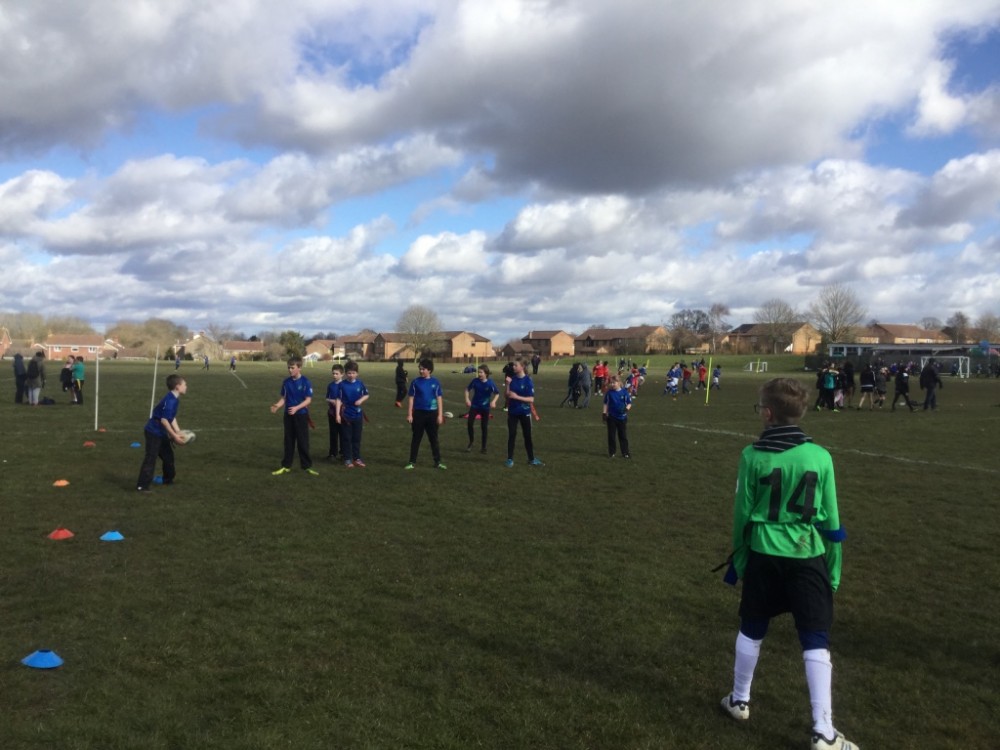 Four of our Year 5 children enjoyed a great morning of Change 4 Life training with some Teaching Assistants from the Infant and Junior schools. They will now become our Change 4 Life Ambassadors as we look to bring new and fresh ideas to break times to keep all of our children active during the school day. Looking to hit the Governments daily recommended activity time of 60 minutes - 30 minutes in school and 30 minutes at home. 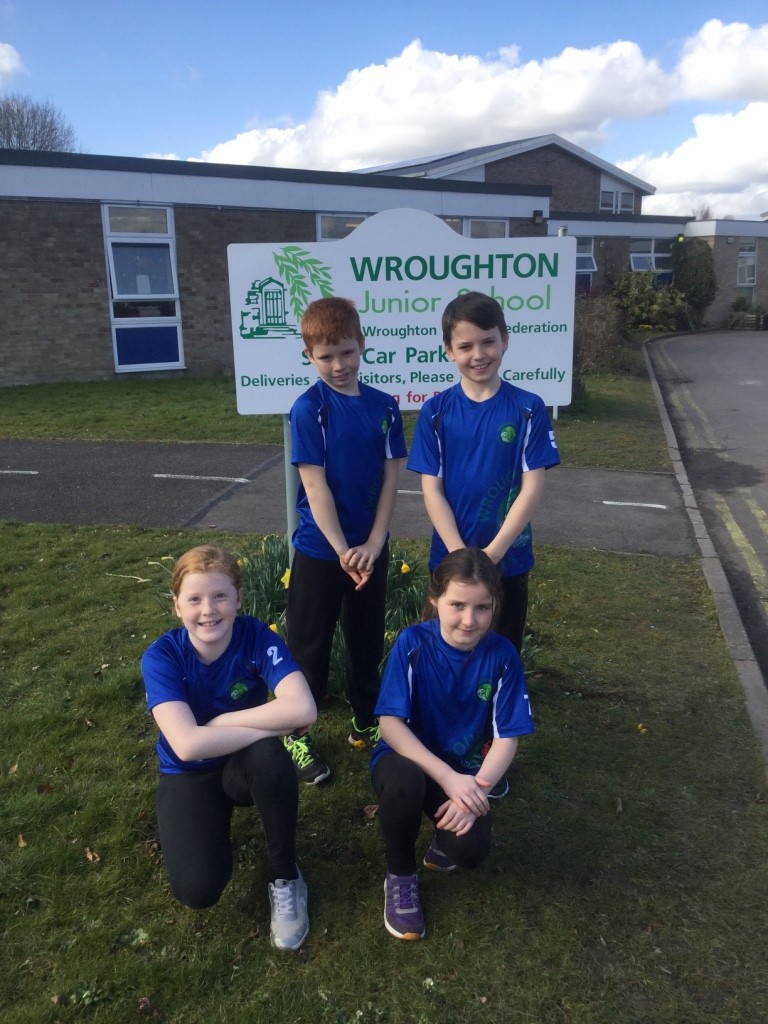 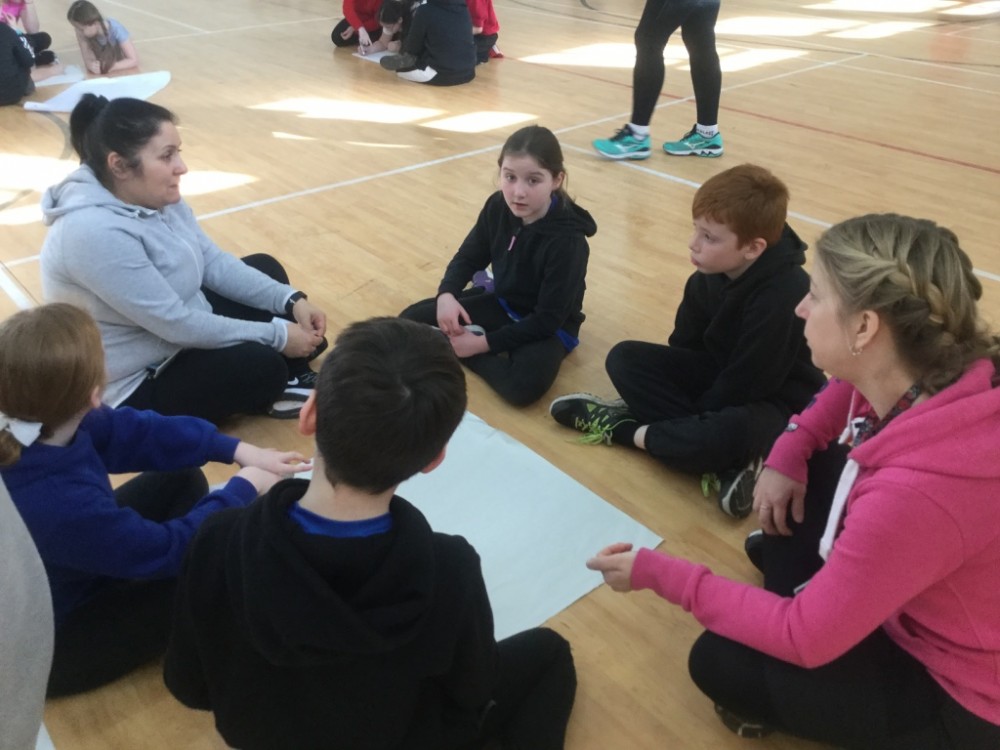 Miss Hitchcox has been running an after-school Hockey Club and for the first time we have entered in to the Swindon Schools top competition for hockey – this required us to have a goal keeper all kitted up!! It was a cold and windy day and our hockey players were really excited and ready to play. We faced some tough competition on the day and our matches were very competitive! In true WPF spirit we showed great grit and determination to do our very best. Well done to all our hockey players! 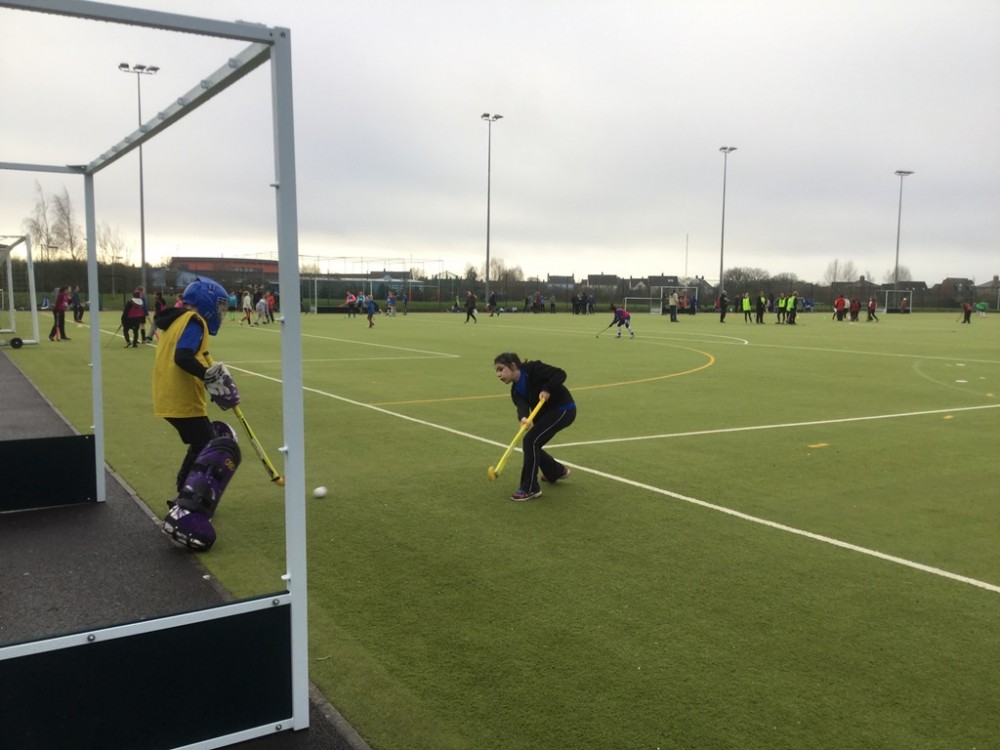 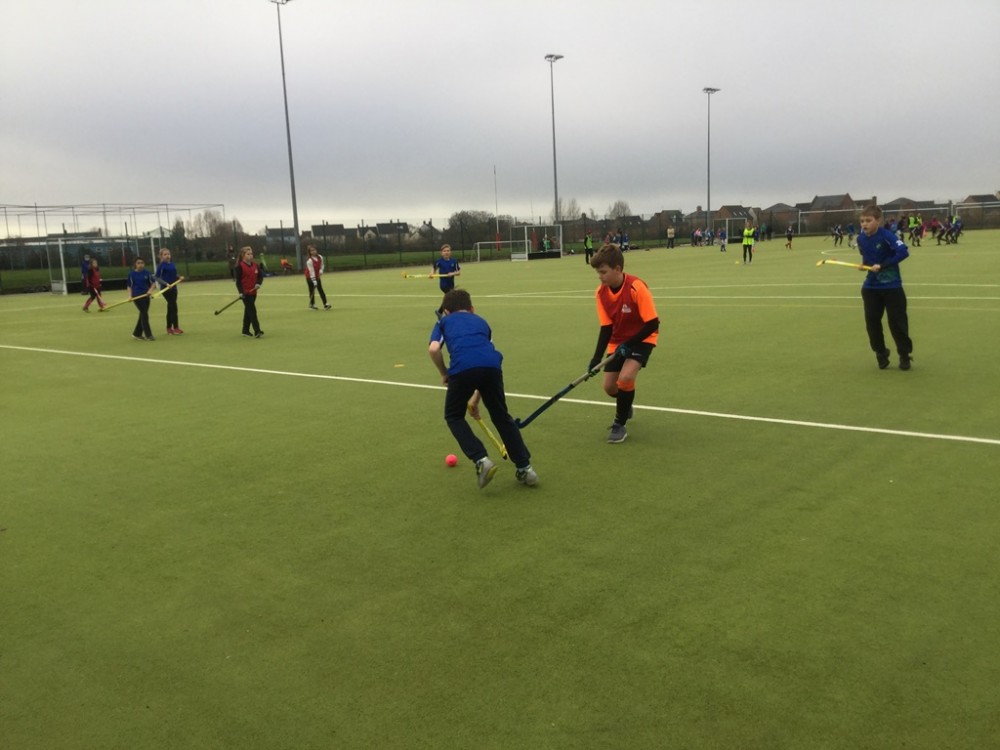 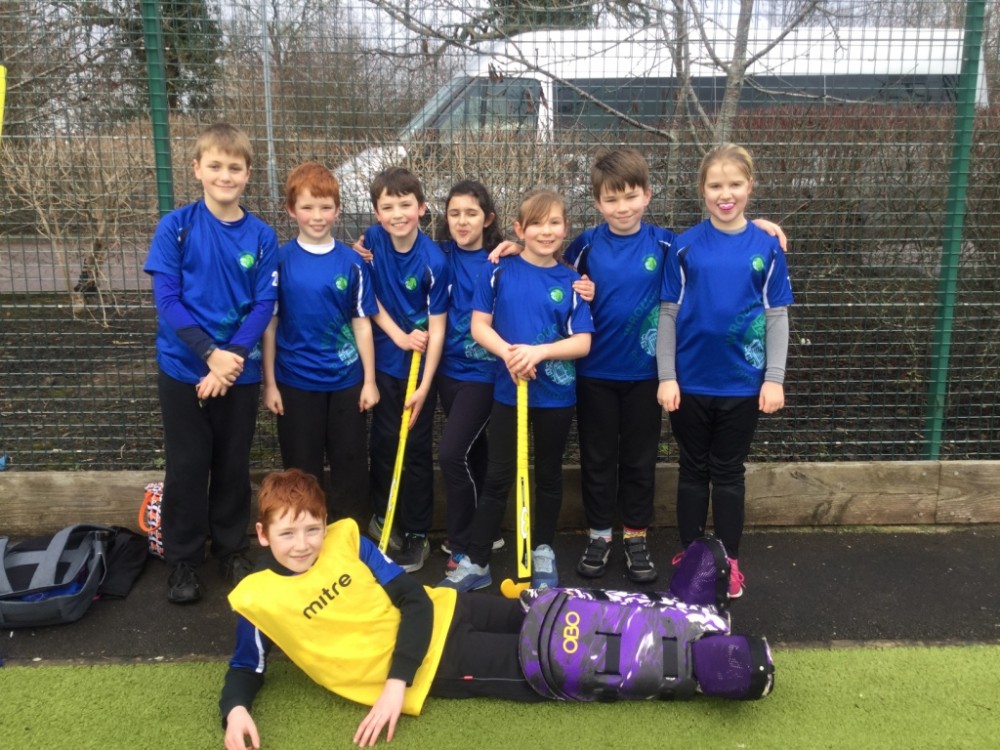 The annual Boccia competition came around very quickly this year. We always love this competition and our training had gone very well – despite Mr Ruck and Mr Wood’s weekly interruptions!! The teams were ready and raring to go. We took 3 teams and each played in their own group during the round-robin phase of the competition. With 23 teams entered in total it was going to be a busy morning. The games got under way and we watched and supported one another with great pride. Our sportsmanship and support for other competitors was great to see! Everyone did their very best and all teams played their games fantastically well, however our ‘A’ won their group and progressed to the semi-final stages – we were all very excited and a little nervous! The game un-folded and we held our nerve to win 3-0. We had made it through to the final – this was an amazing achievement for the team and we were all very proud. The final match took place and on this occasion we faced a really strong team that deserved their victory. Well done to all Boccia players – you made us all very proud! 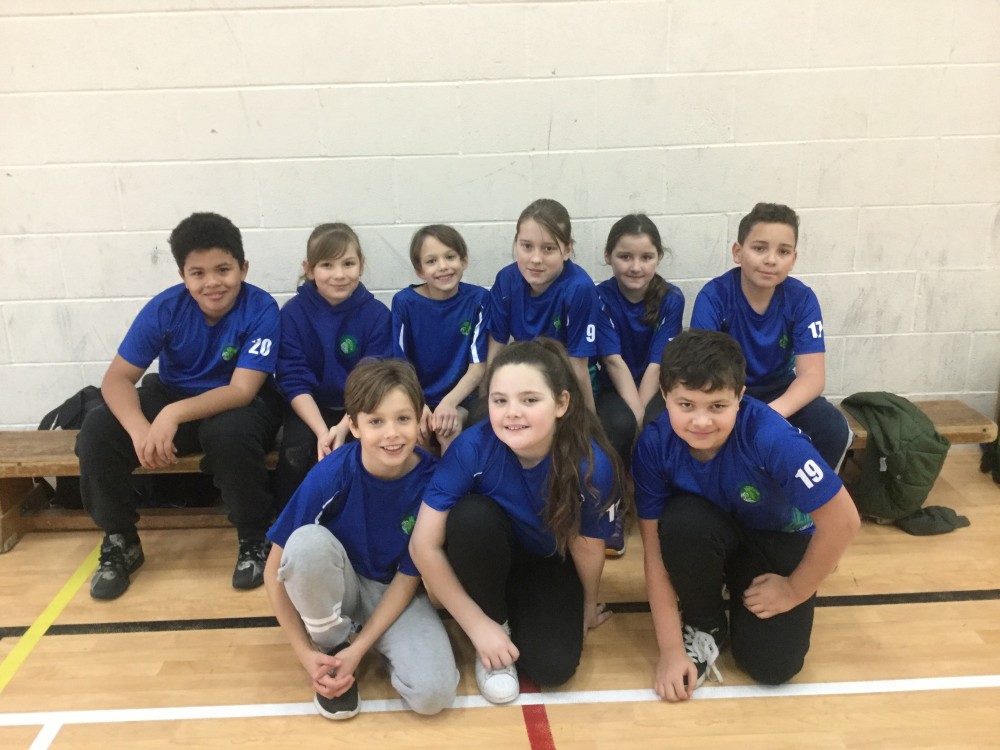 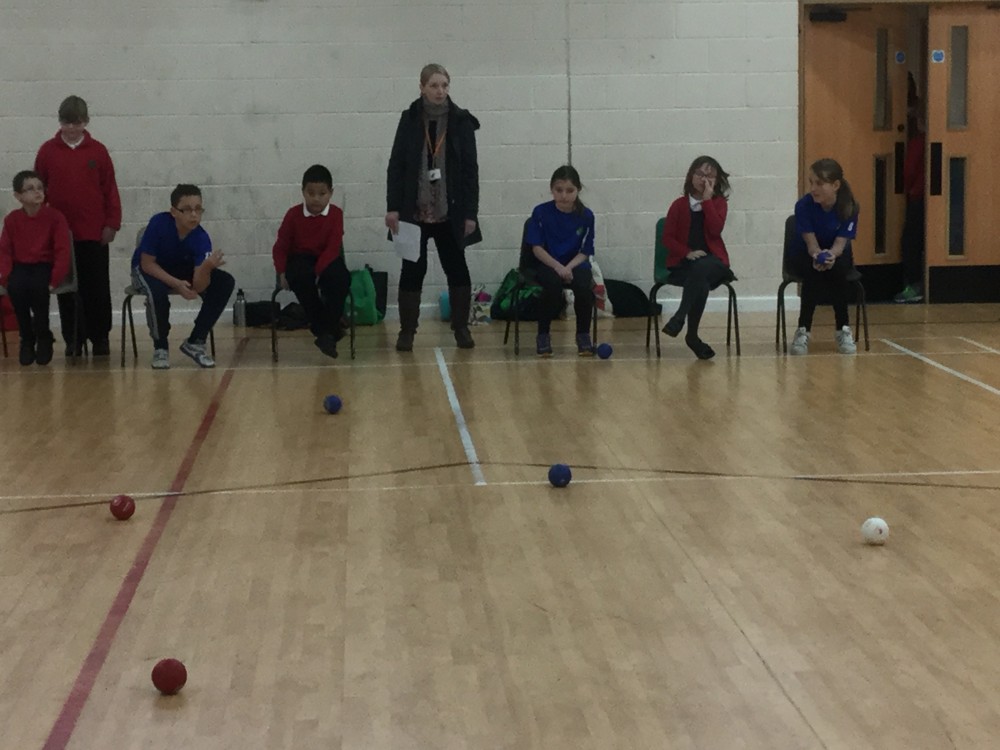